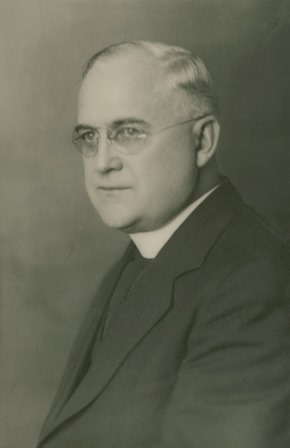 Reverend Bernard O'Reilly was born on June 3, 1874 in Rochester, New York and he entered the Society of Mary in 1889. He studied in France and taught at St. Mary's Institute before becoming president in 1908. In 1909 he opened the athletic fields east of the gym, set up Zehler library in the basement of Chaminade Hall, and sold the property north of Union Avenue for a public cemetery (Woodland Cemetery). The following year he opened the College of Engineering and received accreditation of the Preparatory Department from the North Central Association of Secondary Schools and Colleges.  In 1912 the name of the school changed to St. Mary's College. Reverend O'Reilly witnessed the Dayton flood of 1913 and he temporarily closed the school so the brothers could help with the relief work.  In 1915 the Convent of the Society of Mary Motherhouse was moved to Mt. St. John. This same year St. Mary's College was reincorporated to include: College, High School, the Business Department, the Elementary Department, and the Premedical Department. A year prior to his first time leaving office Reverend O'Reilly started Military Training on campus.

Reverend O'Reilly became president of the school for a second time in 1923 and introduced the first summer sessions. In 1924 Alumni Hall was opened with the new stadium being dedicated a year later. In 1928 the University of Dayton was accredited by the North Central Association and Albert Emanuel Library was opened. In 1930 Law classes were started and when Reverend O'Reilly retired from the presidency in 1932 he became Regent of the church in Osborn (now Fairborn), Ohio where he served until his retirement. Reverend O'Reilly passed away in Dayton in 1955. 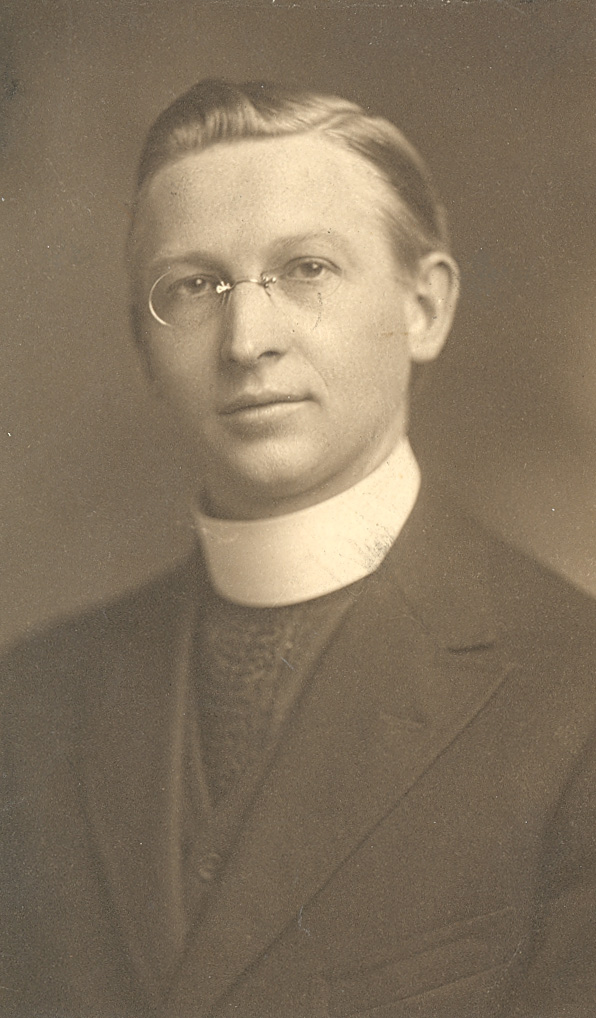 Reverend Joseph Tetzlaff was born in 1884 and entered the Society of Mary in 1898. In 1918 Reverend Tetzlaff became president of St. Mary's College. During this same year the War Department recognized the College of Engineering and established the Student's Army Training Corps (S.A.T.C.) on campus from August 8 to December 2 and in 1919 Reverend Tetzlaff established the first R.O.T.C. unit. In 1920 St. Mary's was incorporated as the University of Dayton and was admitted to the Association of Ohio Colleges. This same year the Elementary Department was discontinued and the College of Education and Evening Classes were inaugurated and in 1921 Reverend Tetzlaff opened the Commerce and Finance Department. In 1922 the Law School was established. After his presidency Reverend Tetzlaff worked in Cleveland, Puerto Rico, and New York, and he also served as Provincial of the Cincinnati Province for ten years. He passed away in 1968 in Dayton. 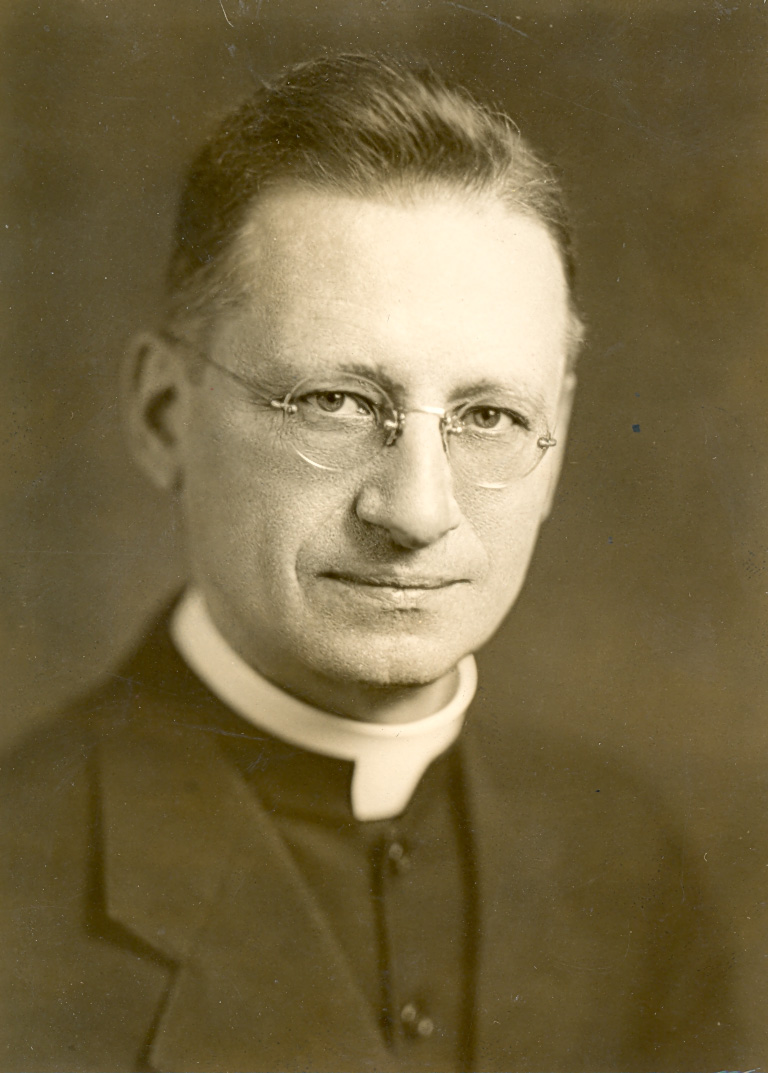 Reverend Walter Tredtin was born in Dayton, Ohio in 1881. Before becoming president he taught at various Marianist schools and studied at St. Mary's College and the University of Fribourg, Switzerland where he earned his Bachelors of Science. Reverend Tredtin became president of the university in 1932 and a year later he introduced a new system of Deans in the college. In 1935 he started the College of Women and the University of Dayton entered the Buckeye Conference. In 1936 the first biophysics course was introduced. This course was the first of its kind in colleges in the United States. Also in 1936 Reverend Tredtin closed the Preparatory Department, opened the Employment Bureau, launched the Greater University Campaign, and he grouped classes according to departments: Arts, Science, Business, Education, and Engineering. The following year the College of Women was discontinued and both male and female students were put into one group. Upon leaving the presidency Reverend Tredtin became Provincial of the Cininncati Province and ten years later became the first Provincial of the Pacific Province. He retired in Santa Cruz where he died in 1972. 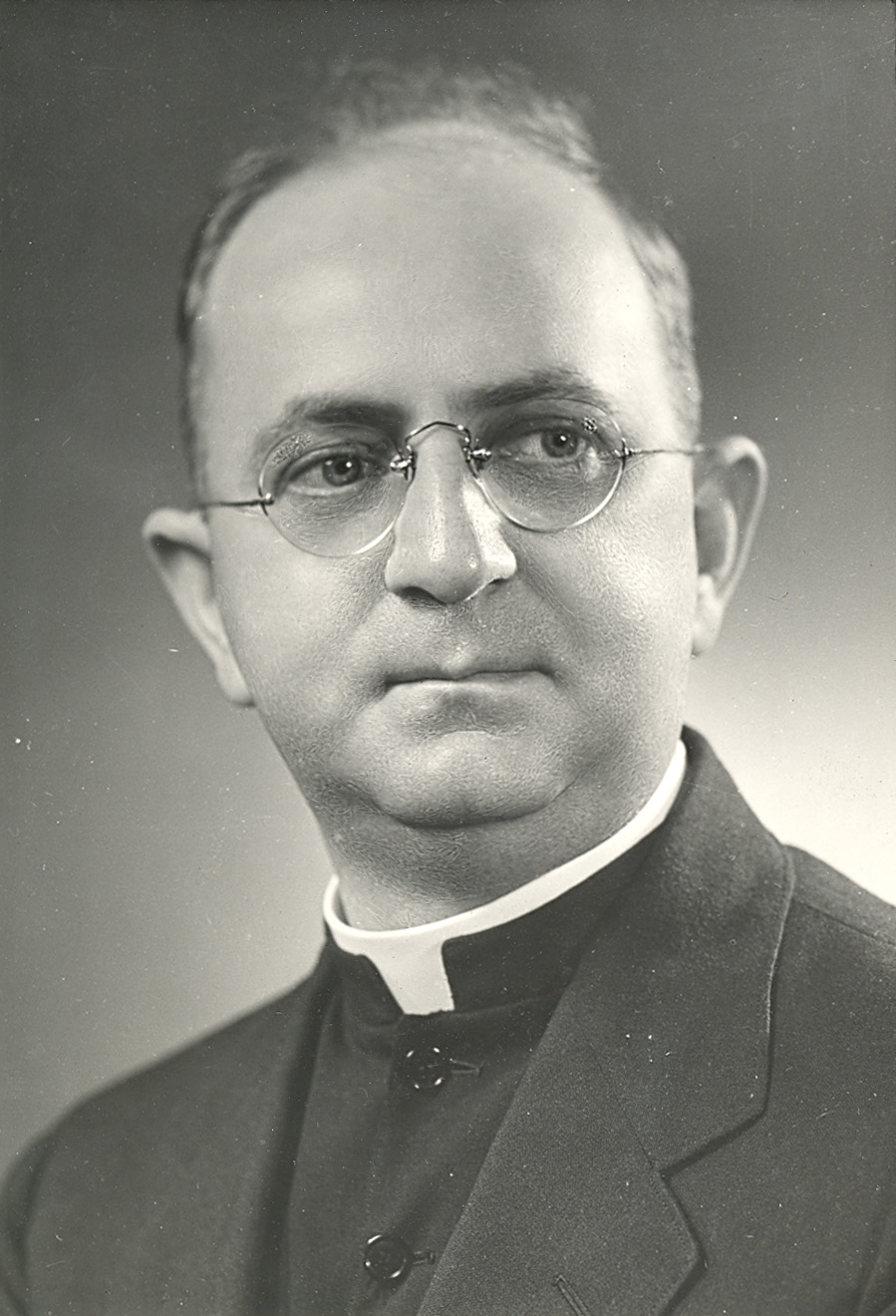